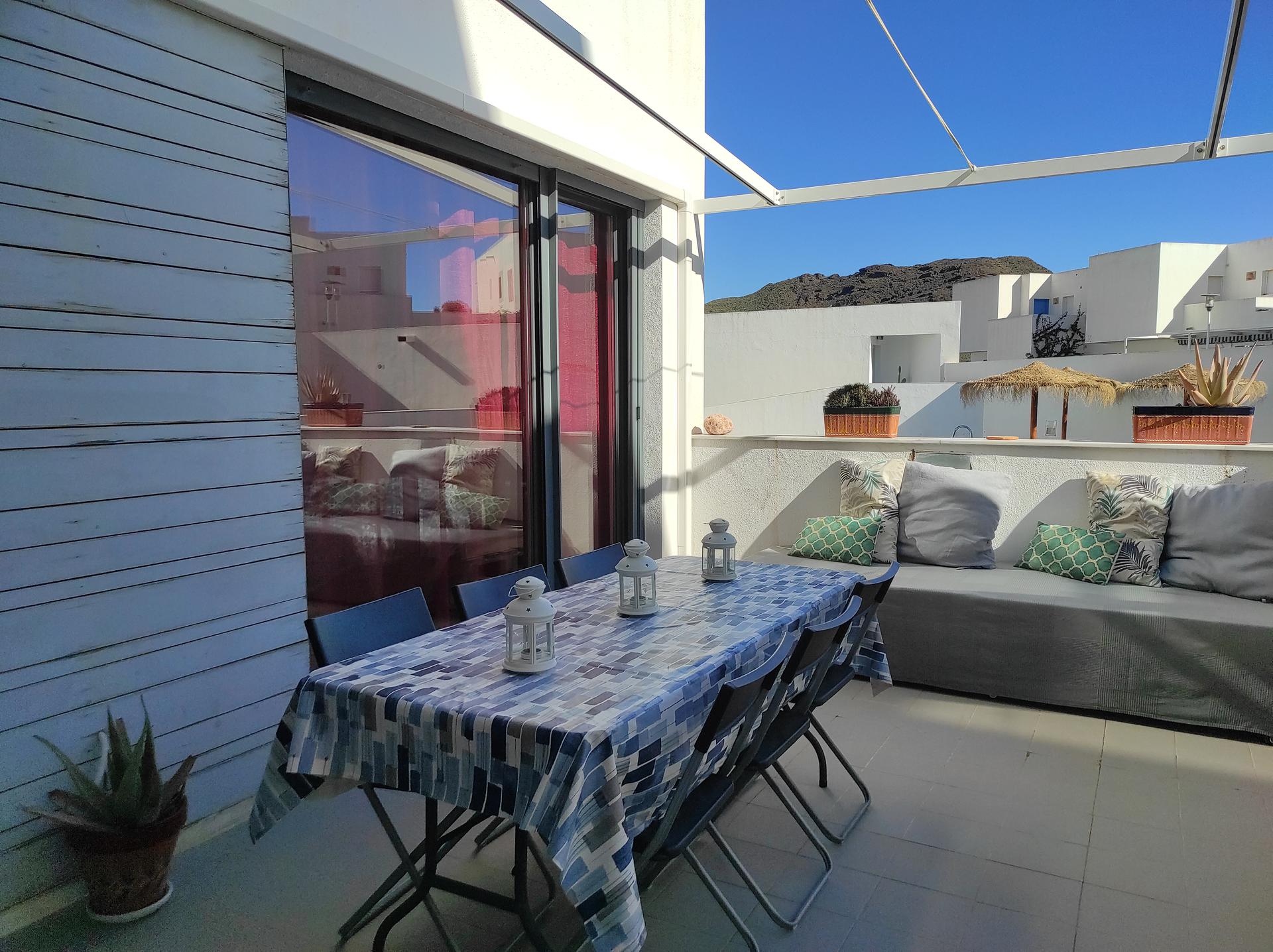 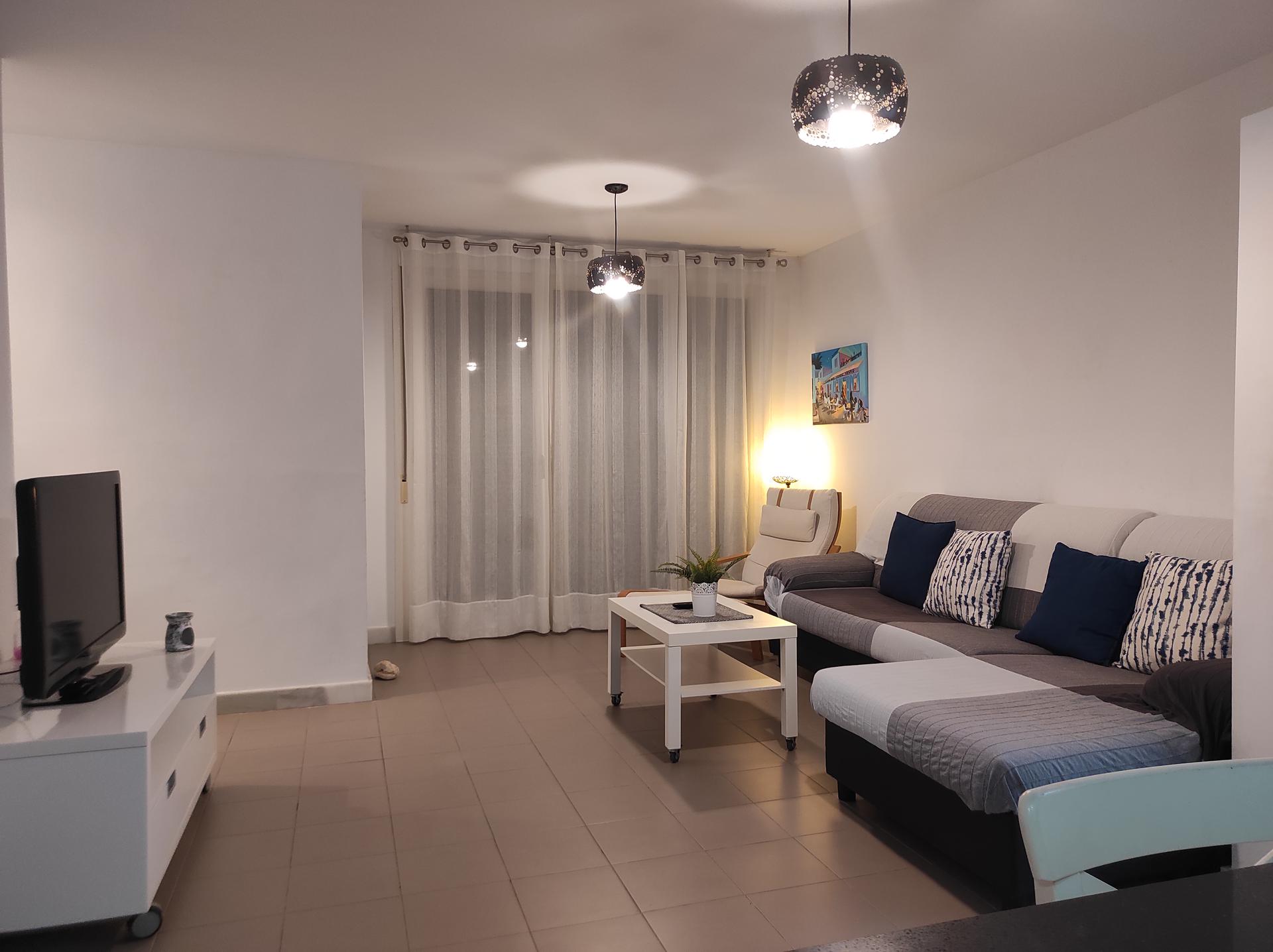 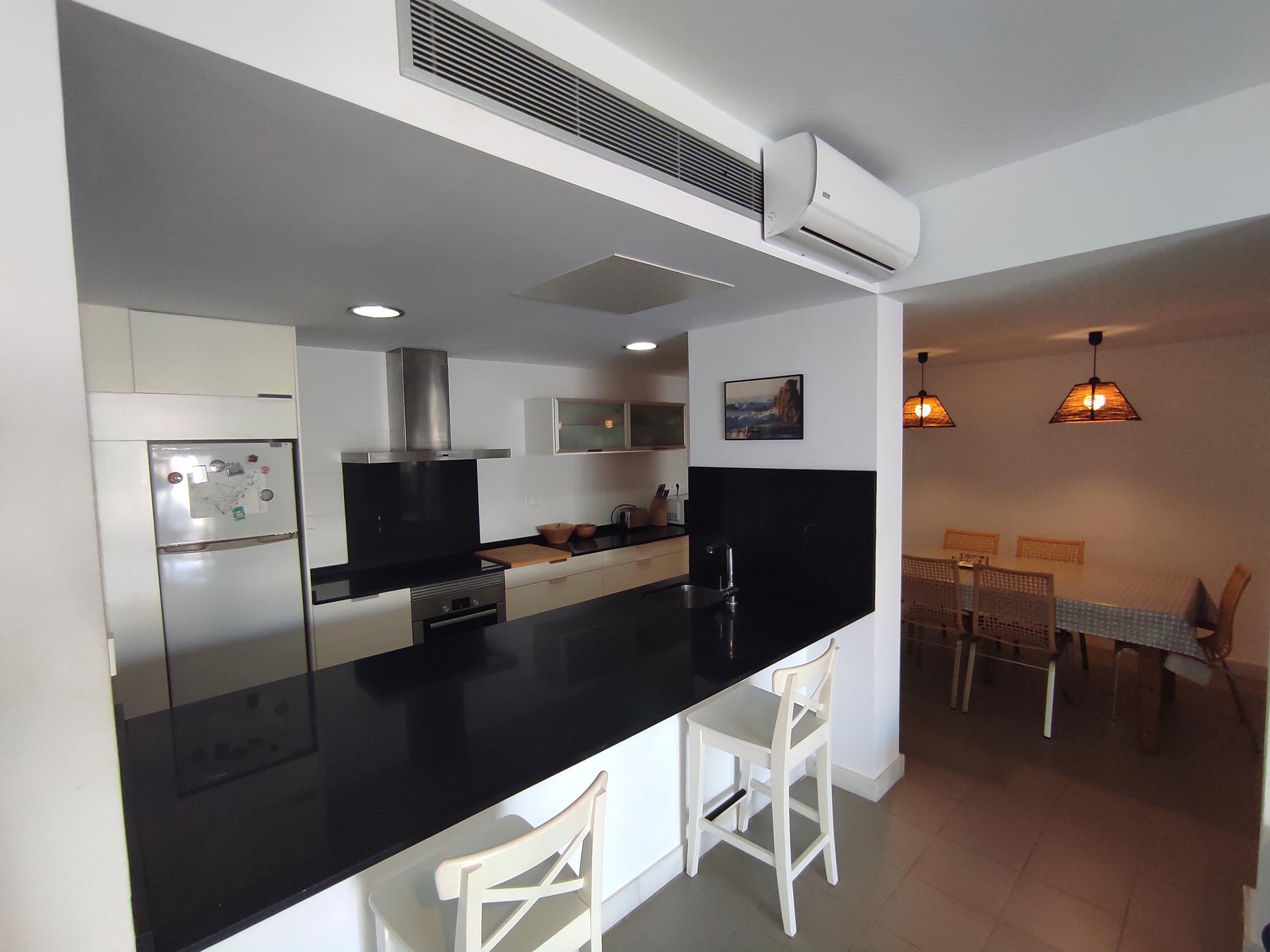 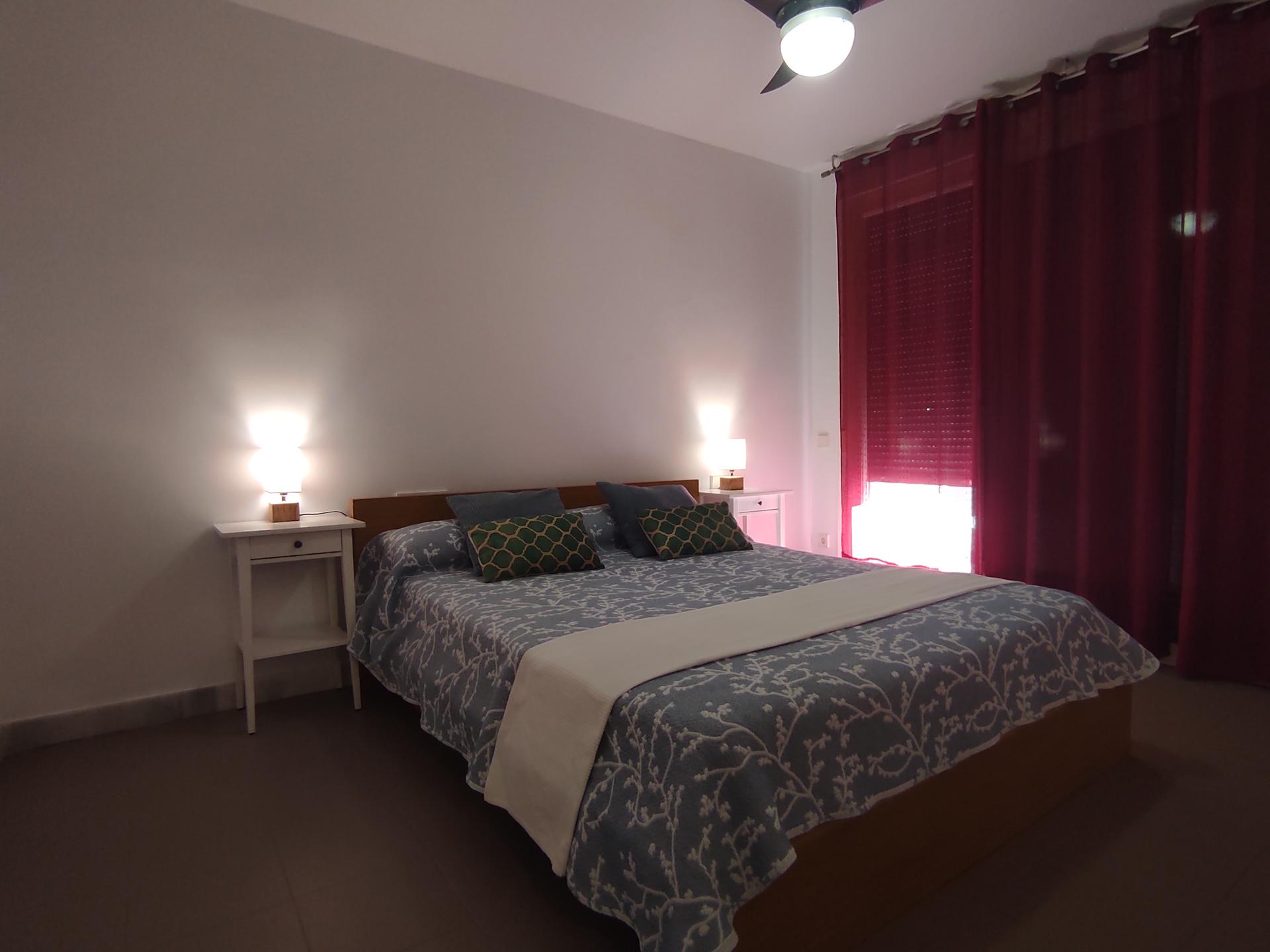 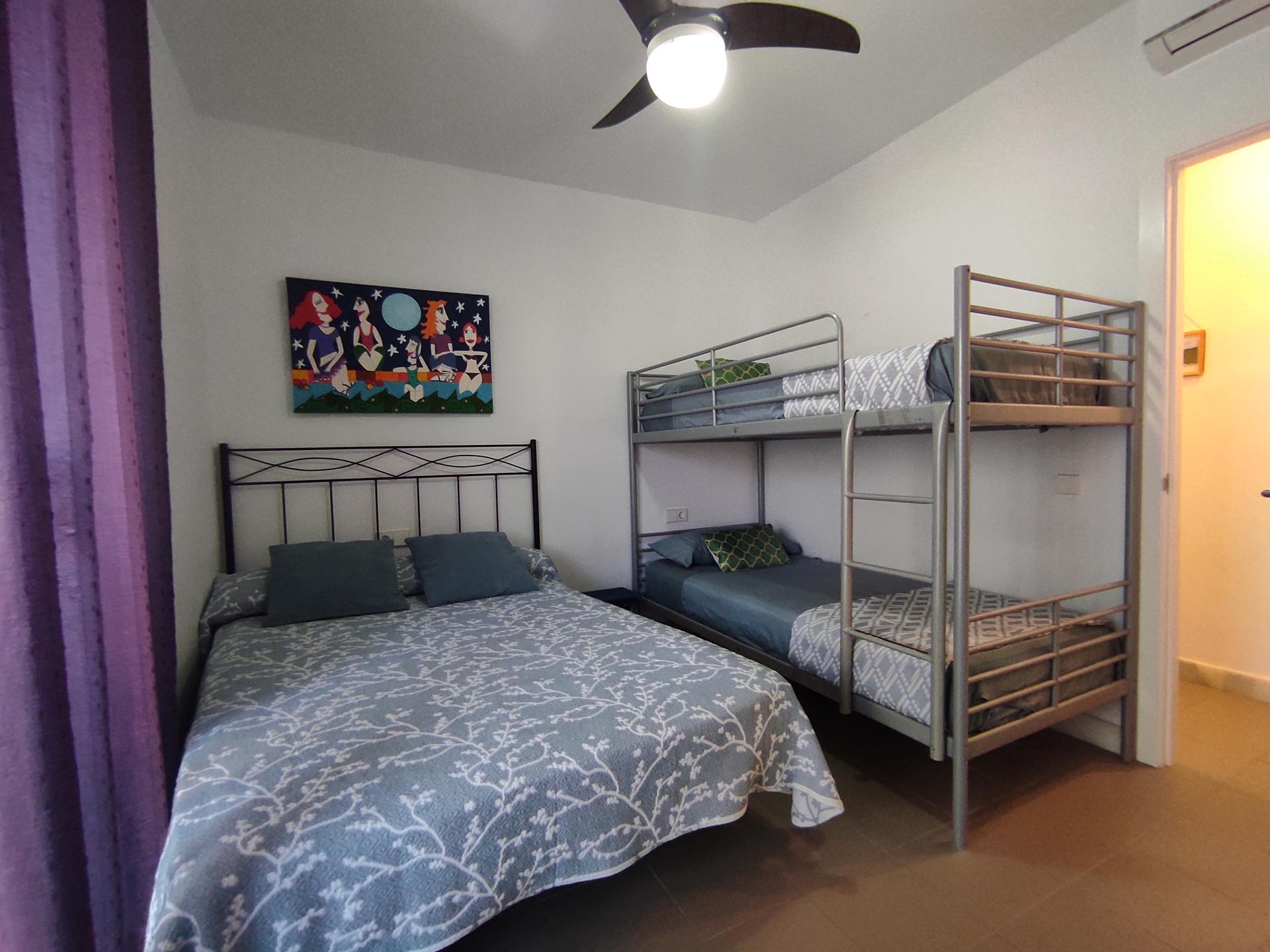 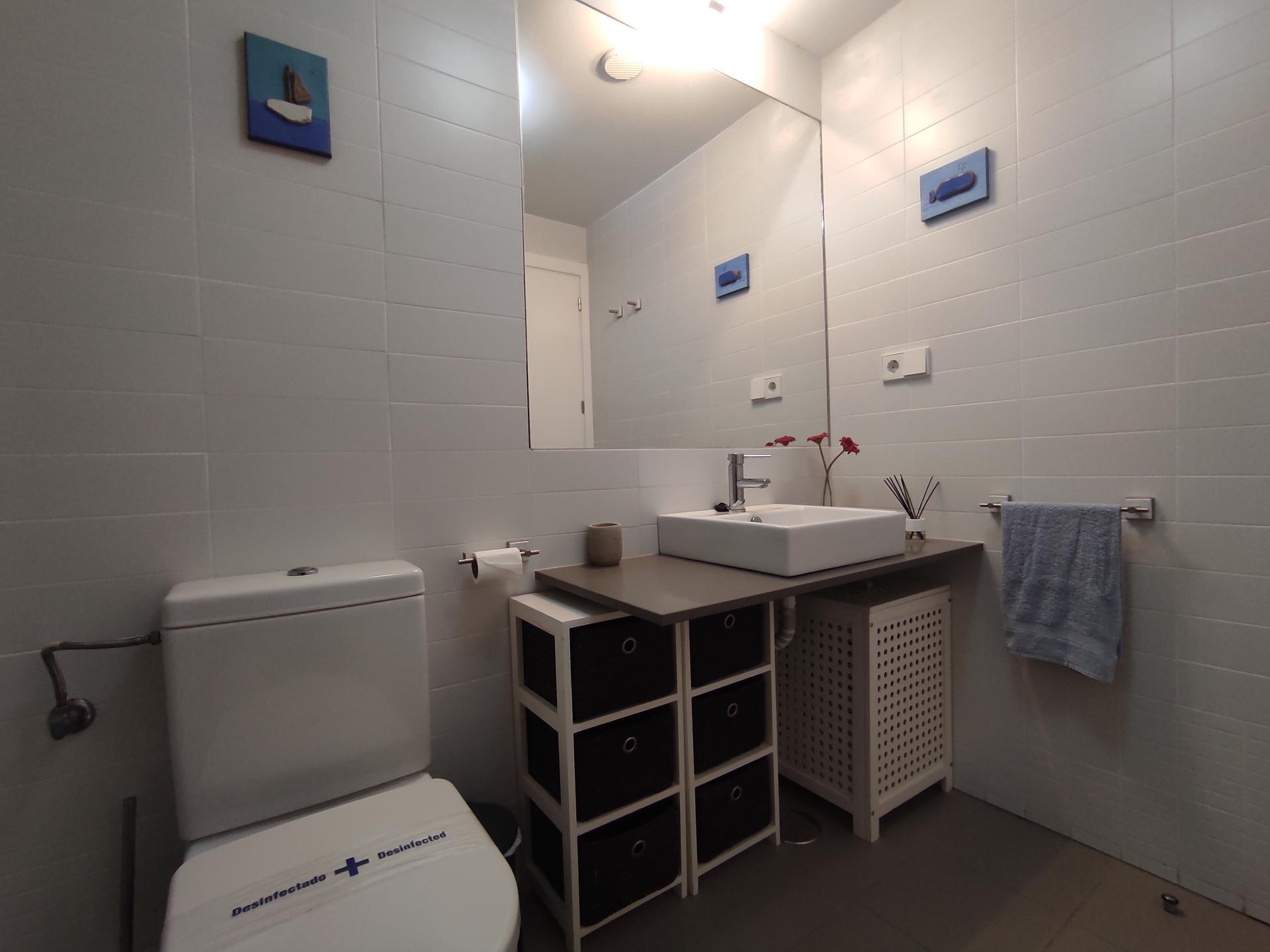 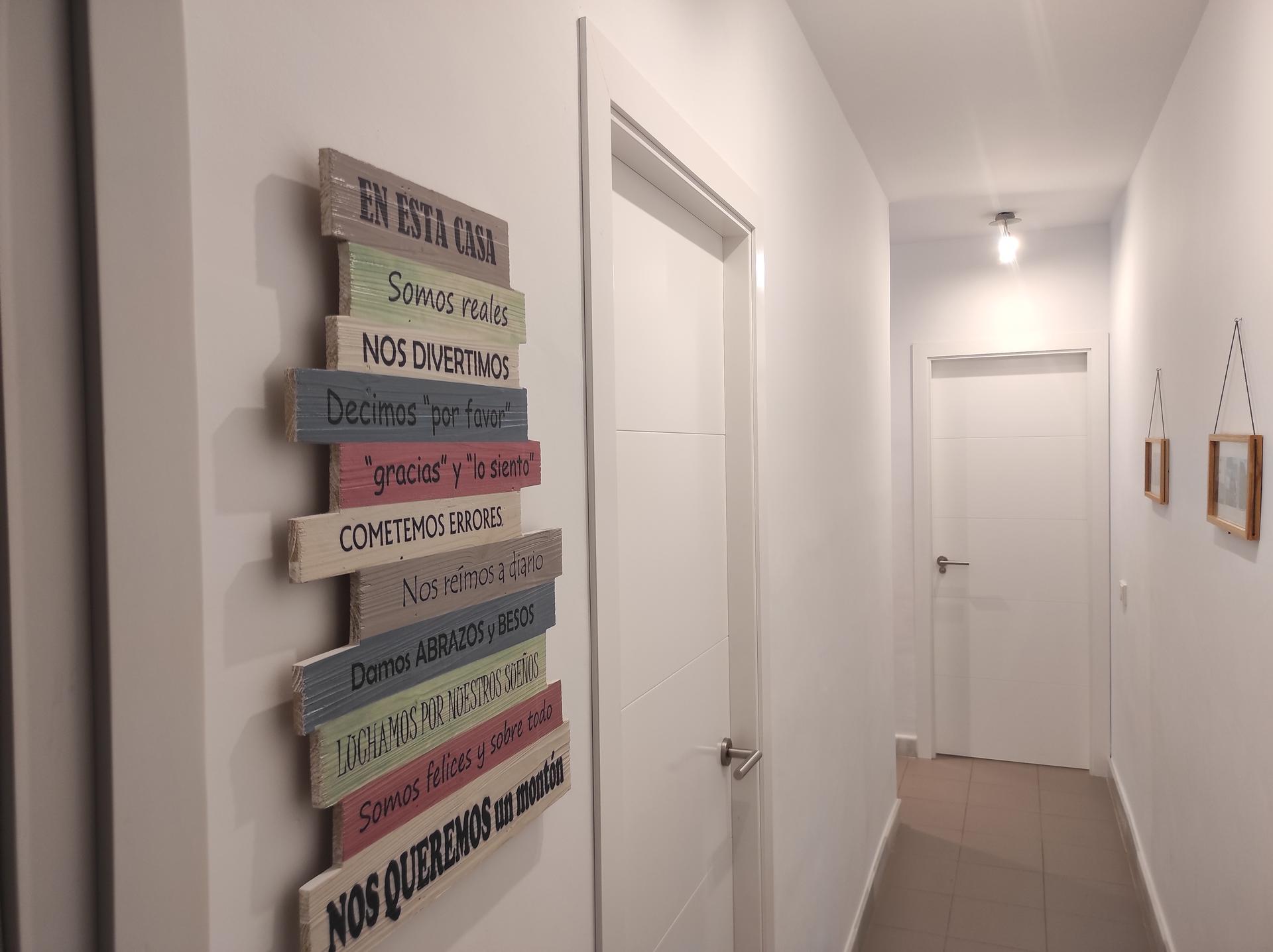 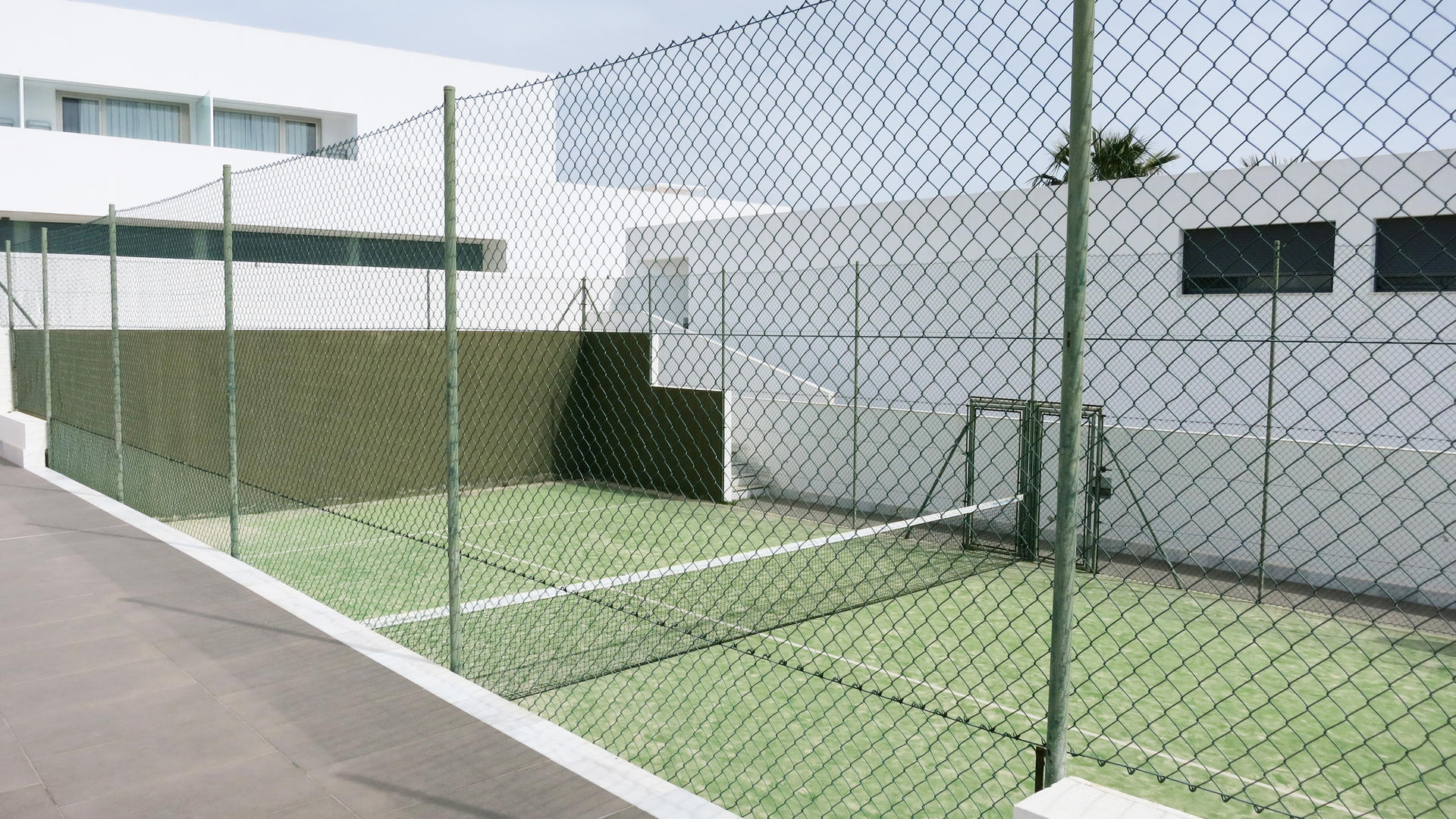 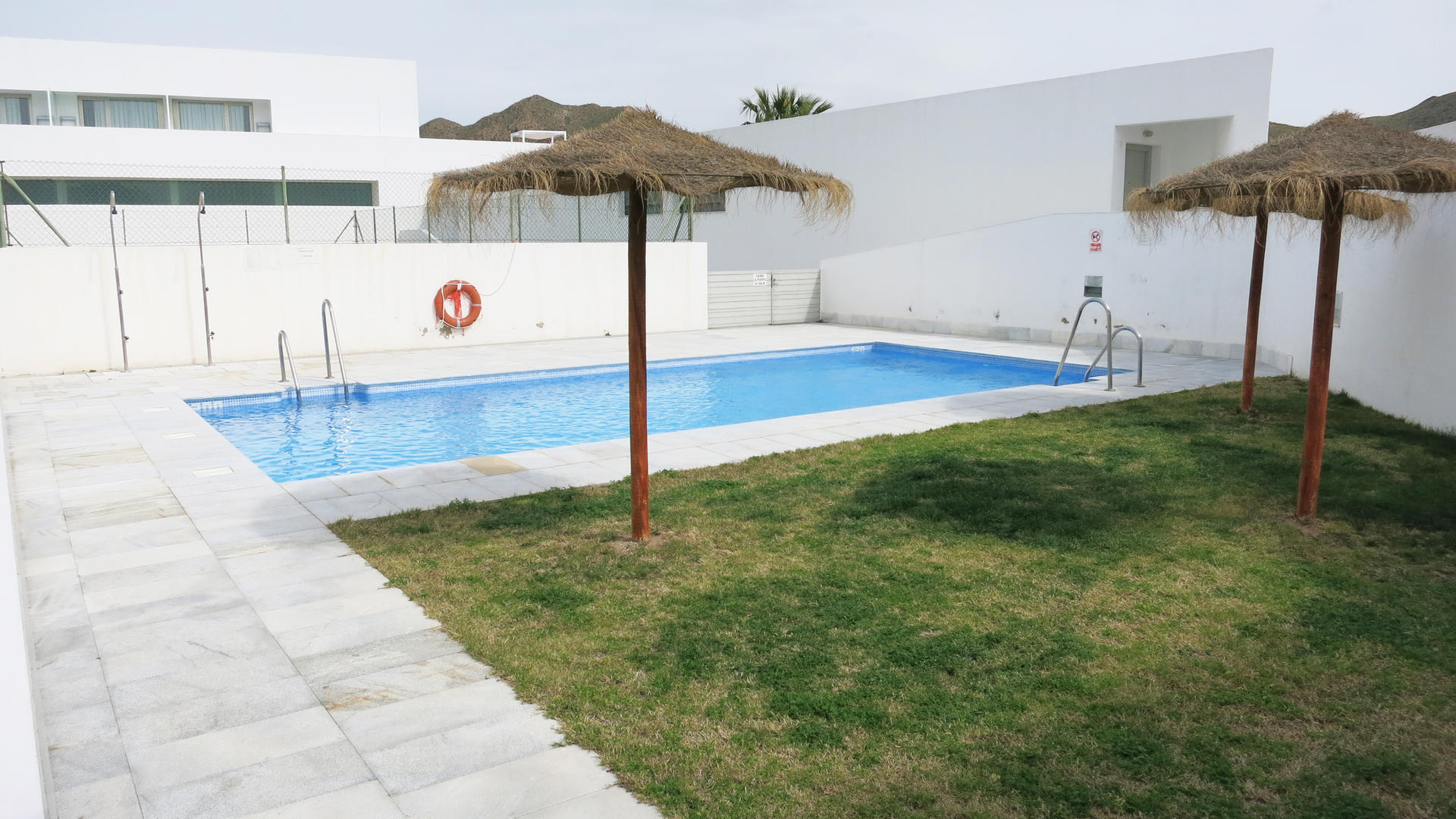 
Ground floor apartment. It is 150 meters away from the beach. It has two bedrooms, one with a double bed and the other with a double bed and a bunk bed, living room with TV and air conditioning throughout the house (hot and cold pump), kitchen open to the living room and fully equipped (washing machine, dishwasher, microwave, juicer, coffee maker, toaster, mixer, kitchenware, iron and dryer), bathroom with a built-in shower and large terrace overlooking the pool. It has private covered parking and community pool and paddle. Pets Allowed.

This modern apartment is located in the heart of the Cabo de Gata Natural Park. Its location allows you to make longer excursions to visit Granada (The Alhambra, the Generalife, the San Nicolás viewpoint, etc.), the Tabernas desert, with its "Spaghetti Western" decorations and even the Geode of Pulpí (spectacular giant geode upholstered with selenite crystals).

Next to the road and on the other side of El Playazo beach, you will find Rodalquilar, a mining town where many films have been shot for its peculiar landscape and where there are still remains of the gold mines that were exploited in the 60s.

“El cortijo del fraile” is also known for filming "Bodas de Sangre" in 1981 and is a 10-minute drive from Las Negras.